TV Or the Atom Bomb 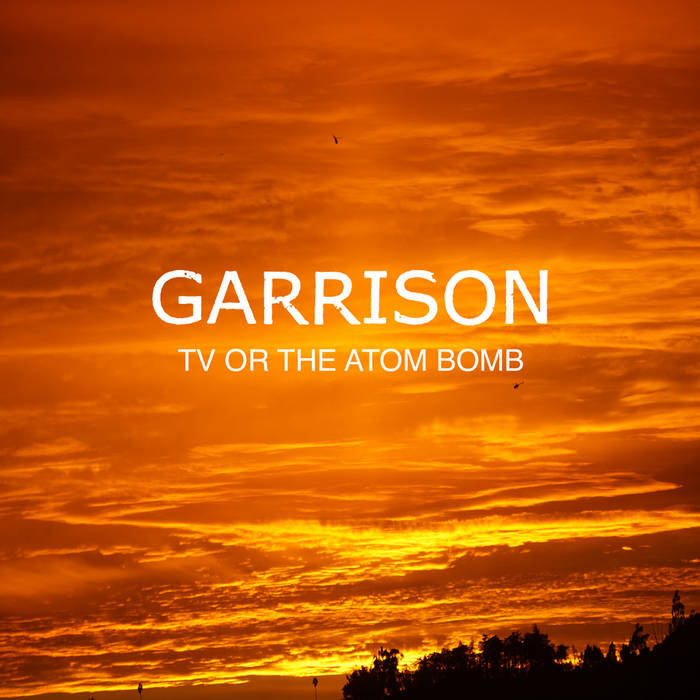 In 1996, Joe Grillo and Ed McNamara started writing songs together. Both were in heavy, cerebral bands at the time: Grillo in New Hampshire emo math metal powerhouse Stricken for Catherine, McNamara in the Worcester, Massachusetts act Iris. Both wanted to play a more stripped-down, straight ahead sort of heavy rock music than the magnum opuses their previous bands were known for. As they solidified their approach and added a rhythm section, they began to consider what their nascent band should be named. One moniker, ultimately discarded, was TV Or The Atom Bomb – with which was more harmful left as an exercise for the listener. Ultimately, McNamara and Grillo settled on the name Garrison.
Garrison’s new compilation TV Or The Atom Bomb collects b-sides, singles and rarities recorded over the x- year length of the band’s career from 1996 to 2004. As they relentlessly toured the United States and Europe, the band defined and refined the duality first suggested as they cast about for names: simplicity vs. structure; emotion vs. aggression. Songs like “Twenty-Four”, off the band’s initial demo – later released as a 7” by Boston’s Espo Records – evoke Garrison’s fondness for the brainy heft of Drive Like Jehu’s post-hardcore. “The Only One,” from their 2003 EP The Model, infuses layered shoegaze guitar favored by Swervedriver with heart-on-sleeve emotion.
Garrison’s incessant musical progression and refusal to be pigeonholed is showcased here on TV Or The Atom Bomb. They were an act that refused to be defined by binaries.
–Michael T. Fournier