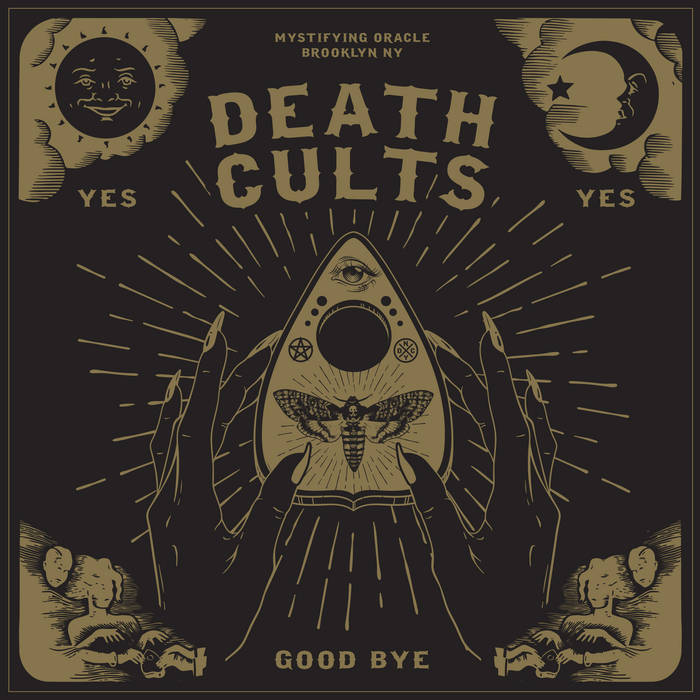 Death Cults is a Brooklyn-based band featuring former and current members of Pilot To Gunner, I Hate Our Freedom and Hunters. With a cellphone packed with unused riffs, the band was founded by guitarist/singer Patrick Hegarty and Patrick Lavin after the departure of Pilot To Gunner. They recruited Justin Scurti (I Hate Our Freedom, Primitive Weapons) on guitar/vocals and and Jack Jeffries on drums. Following a move to the west coast, Jack was later replaced by drummer Gregg Giuffré (PTG, Hunters),

The current lineup recorded their first full length album In Baltimore with J Robbins (Burning Airlines, Jawbox, Office Of Future Plans) in November 2017. Since then, they have shared the stage with Hot Snakes, Samiam, Racquet Club, Dead Heavens, The Van Pelt and Every Time I Die. The album will be out in Winter 2019 via Arctic Rodeo Recordings.

As for the sound… think DC influenced post-hardcore mixed with 80's dirtbag hair metal - and you have Death Cults. Sources say they wanted to write songs to be played in biker bars, black mustangs, big rigs and Canadian ballets. Wherever you want to hear it… please listen to it LOUD.