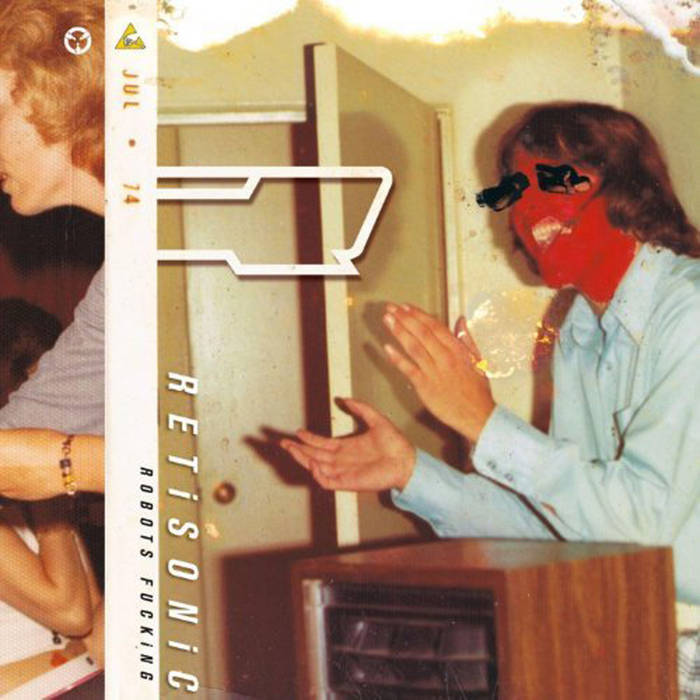 The members of RETISONIC have a long history in hardcore, post-hardcore and post- post- whatever-the-fuck-we’re-up-to-now. Guitarist/singer Jason Farrell started his arc with the infamous DC hardcore bands SWIZ and FURY (both Jade Tree), followed by BLUETIP (Dischord) and SWEETBELLY FREAKDOWN (Jade Tree). Drummer Joe Gorelick upped the skill level of post-HC pre-emo (“pre-mo”) through GARDEN VARIETY (Cargo/Headhunter/Gern Blandsten) and hardcore chaos with THE 52-X before briefly joining Jason in BLUETIP. Bassist Jim Kimball first came to light in STELLA BRASS followed by J MAJESTY (Some), THE LOVE SCENE, a band also featuring John Herguth of HOUSE & PARISH and ATLANTIC/PACIFIC (both Arctic Rodeo), and his current band VS.ANTELOPE (Arctic Rodeo), including Chris Daly (TEXAS IS THE REASON, JETS TO BRAZIL) on drums.

RETISONIC formed in New York City in 2002 and hit the ground running with European and U.S. tours in support of their debut ep “Lean Beat”, produced by J Robbins (THE PROMISE RING, GARRISON, BRAID, JETS TO BRAZIL, TEXAS IS THE REASON, BLUETIP, JOSHUA, CLUTCH). The ep was released on three continents simultaneously (Silverthree/U.S., Modern City Records/France, Inherited Alliance/Japan) and showcased RETISONIC’s stripped-down approach to complex sound. In 2003 they again teamed up with Silverthree and Modern City to release their critically-acclaimed album “Return to Me”, produced by Ian Love (RIVAL SCHOOLS, DIE 116, BURN, CARDIA and solo artist on Arctic Rodeo). Reviews called it “an irresistible and potent sonic cocktail…blending ridiculous punk chaos with sublime pop melodicism.” Constant U.S. and European touring followed, which honed the trio into a powerful live presence.

But by 2004 the band had run out of steam/money/drive, and took a much needed hiatus. Jason moved to Los Angeles, Joe and Jim stayed in NYC, continuing to play in various bands The break was not meant to be long. Despite its members now living 3000 miles apart, the urge and compulsion to write together kicked back in soon after the split, with 18 new songs written and tracked. By 2006 RETISONIC were ready to release the first six songs from this collection as the “Levittown” ep (Ascetic Records). The ep was originally intended to bridge the small gap till the next album, which the band continued to record and mix. Unfortunately, this awesome thing called “life” pushed said album’s completion (and release) further and further back… until now.

Arctic Rodeo Recordings is proud to announce the release of RETISONIC’s second full-length album, the self-produced “Robots Fucking”. Its 12 songs continue the explorations of punk, hardcore, rock, and new wave (filtered through a strong DC upbringing) that RETISONIC have always embraced. But this time around their focus is sharper, and the contrasts more defined… both lighter and darker.