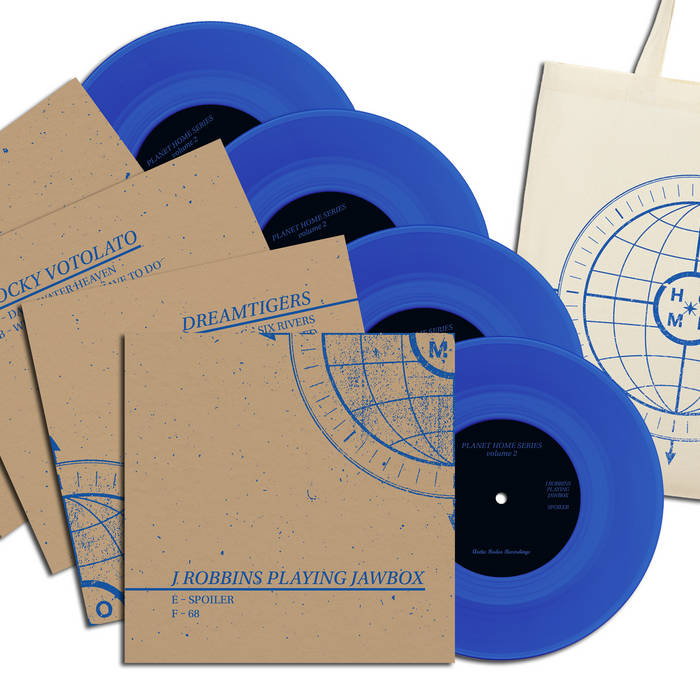 This is Volume 2 of our charity project called PLANET HOME SERIES.
It has been released 12/15/2017 as four vinyl 7" singles is limited to 300 copies and is now available at our webstore. All records are pressed on blue vinyl, each including two songs perfromed by a different artist. Every 7" has a cover designed and screenprinted by the hands of our friend Alex from Zum Heimathafen, the whole package is housed in an exclusive small tote bag screenprinted by Holger at Shirtmanufaktur. There is a free CD including all songs added to the package. All proceeds will be donated to Doctors Without Borders.
PLANET HOME SERIES Vol.1 - 4x7" on blue vinyl + CD + tote bag
Exclusive songs by:
ROCK VOTOLATO
two brand new tracks
DREAMTIGERS (feat. members of Defeater, Caspian, Balmorhea, Polar Bear Club)
two brand new tracks
J ROBBINS (Jawbox, Government Issue, Burning Airlines, Channels, Office Of Future Plans)
performing acoustic versions of 2 Jawbox songs
BOB NANNA (Braid, Hey Mercedes, The City On Film)
one brand new track and one Fugazi cover