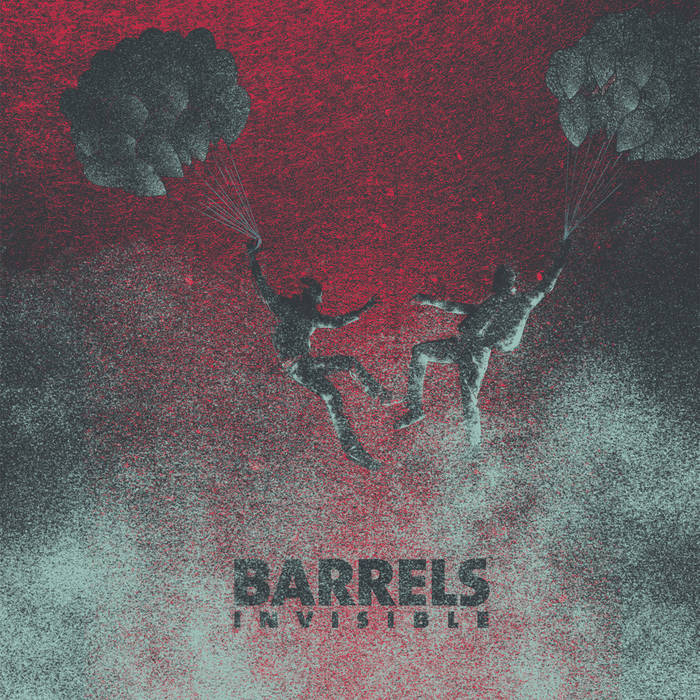 After decades full of experiences with various bands, hundreds of shows, and recording and releasing lots of records, you would expect it to be a piece of cake to gather the right people for a new band. However, quite the opposite might be the case. For BARRELS, finding the right line-up and the right sound proved to be pretty difficult due to all the knowledge and high demands on the quality of the new project.

The band was finally set to start painting their first pictures in 2013, using colors such as noise rock, punk energy, hardcore grooves, emo hooks, and indie brusqueness. BARRELS make no secret of their passion for bands such as Helmet, Quicksand, and Drive Like Jehu. Moreover, bands like the early Foo Fighters and Texas Is The Reason left their traces in the band’s sound.

The result are songs that occasionally ignore familiar structures without becoming too progressive or completely breaking with established listening habits. Songs that offer plenty of dynamics and the right flow without sounding constructed. Songs that build up tension while giving listeners enough air to breathe. Songs that celebrate beauty and, at the same time, devastation. BARRELS hand you a warm and cozy blanket, just to take it away from you again to make sure you won’t make yourself too comfortable.

Their first shows saw them open for bands sounding as varied as BARRELS’s music. Supporting artists such as The Appleseed Cast, Karma To Burn, Pilot To Gunner, Quicksand, or The Riverboat Gamblers left BARRELS caught between two stools in some way, yet without being misplaced or the wrong match.

In May 2015, BARRELS recorded their debut album “Invisible” at Tonmeisterei in Oldenburg, Germany, with the help of engineer and producer Roland “Role” Wiegner. Among the long list of German bands that recorded their albums at Tonmeisterei are Marathonmann, Escapado, Omega Massif, and Long Distance Calling. The studio turned out to be a great place for BARRELS’s first strike, and Role turned out to be the perfect person to guide the recording of the album. Dan Coutant’s mastering at Sun Room Audio in Cornwall, New York, was the finishing touch to “Invisible”. Dan is well-known for his work with bands such as Clutch, Jawbox, Coliseum, and The Sword, but also for having been the singer and guitarist of the band Joshua.

During the songwriting process, “Invisible” turned out to be a concept album to an extent. “Actually, that wasn’t my intention – it just happened during the writing process,” says singer and guitarist Frederic Klemm. “When something bothers me, I try to put it into words and write it down. When my brother passed away in 2011, life changed dramatically for me and my family.” At some point, it became clear that the entire album was going to be about that life-changing experience and its profound consequences. That’s why it was dedicated to the deceased. “I knew right from the beginning that coping with this very personal issue by sharing it with everyone listening to the album might put me on thin ice. Nonetheless, it felt right and important to me, and it still feels very relieving.”

There is no doubt that “Invisible” is a tough nut: An album with rough edges, but a soft inside. An album that needs to be discovered, requires your attention, and invites you to take a closer look. The release of the album provides the right frame for the first BARRELS painting: “Invisible” will be out on vinyl (incl. CD) and for download March 24.